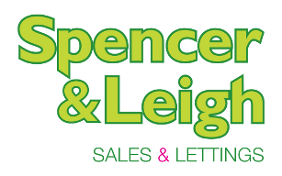 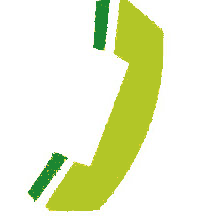 For cheaper rents, head for the beach in Brighton and commute to London

For cheaper rents, head for the beach in Brighton and commute to London

he joy of renting is its flexibility. And an ever- increasing number of London renters, fed up with the high prices and the scrum of the market in the capital, are heading out of town for the summer.

The south coast is a popular choice, and Brighton is the favourite town for a few months of commuting, with cheaper places to rent covering the cost of the more expensive train fares.

Home owners, also curious to sample life away from London, are recognising the strong rental market as a good opportunity to rent out their home in the capital for the summer and take to the coast and country.

The Brighton rental market is still considerably more affordable than London’s. According to the Zoopla property website, a typical two-bedroom flat in Brighton commands an average rent of £1,266 per month, or £15,192 per year. A four-bedroom house rents at an average £1,801, or £21,612 a year.

While these rent savings are substantial, the downside is that they will go on your commuting fare. Brixtonites pay £1,284 for a Zone 1 and 2 annual travelcard, while Brightonians’ annual season ticket for travel into London is £4,068.

There is competition for rented property in Brighton, where average rent has increased 6.6 per cent in the past year — with three people for every available room — but it is not as frantic as London, where rents have increased by 11 per cent in the same period.

A local lettings manager, says about 68 per cent of his clients are moving to Brighton from the capital. They are a fairly equal mix of young singles and couples fed up with the London rental market, and families sampling the area for a long-term move.

“A lot come down between May and August so they can get their children into schools for the next academic year,” he says. “They tend to rent for 18 months and then buy a property — few of them return.”

For those looking for a summer sojourn, the shortest assured shorthold tenancy — which comes with legal protection — is six months. Shorter contracts are possible, although they come without the full protection of the Housing Act and should be treated with caution.

For families, Hawes recommends two suburban locations — Hove Park and Preston Park. The former is one of the grandest neighbourhoods in the area, with a quiet and affluent feel and plenty of green space. It has excellent private schools.

For parents more interested in state education, Preston Park is not quite as upmarket, but it does have good schools. Balfour Primary School and Dorothy Stringer High School are both rated “good” by Ofsted. Preston Park has its own train station, and also has the advantage of being close to the main Brighton station.

Expect to pay about £2,500 a month for a four-bedroom detached house in Hove Park and up to £2,250 for a similar place in Preston Park.

Younger renters will want to be more in the thick of things, enjoying the café culture, bars, beach and The Lanes for retail therapy. Next month also brings the Brighton Fringe arts festival, with a wealth of music, comedy and theatre.

The obvious location for many young Londoners is Kemptown — the cosmopolitan and vibrant gay ‘capital’ of the city, with period property and fantastic bars, clubs, shops and restaurants.

Kerri Standing, lettings manager at Bonett’s estate agents, says about a third of her tenants have arrived from London to try out seaside living, and pay in the region of £1,000 a month for a two-bedroom flat.

She says: “They like to be close to the seafront and Kemptown is a very bustling place to live. And, unlike London, you can hear the sound of waves crashing on the beach.”